The Morant Bay rebellion began on 11 October 1865 with a protest march to the courthouse by hundreds of people led by preacher Paul Bogle in Morant Bay, Jamaica. Some were armed with sticks and stones. After seven men were shot and killed by the volunteer militia, the protesters attacked and burned the court house and nearby buildings. A total of 25 people died. Over the next two days, peasants rose up across St. Thomas-in-the-East parish and controlled most of the area.

The Jamaicans were protesting injustice and widespread poverty. Most freedmen were prevented from voting by high poll taxes, and their living conditions had worsened following crop damage by floods, cholera and smallpox epidemics, and a long drought. A few days before, when police tried to arrest a man for disrupting a trial, a fight broke out against them by spectators. Officials had issued a warrant for the arrest of preacher Bogle. 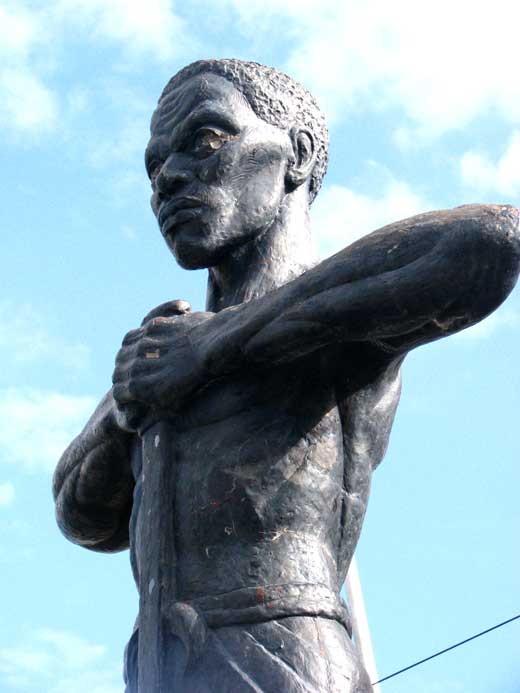 Governor Edward John Eyre declared martial law in the area, ordering in troops to hunt down the rebels. They killed many innocent black individuals, including women and children, with an initial death toll of more than 400. Troops arrested more than 300 persons, including Bogle. Many of these were also innocent but were quickly tried and executed under martial law; both men and women were punished by whipping and long sentences. This was the most severe suppression of unrest in the history of the British West Indies. The governor had George William Gordon, a mixed-race representative of the parish in the Assembly, arrested in Kingston and brought back to Morant Bay, where he tried the politician under martial law. Gordon was quickly convicted and executed.

The violent suppression and numerous executions generated a fierce debate in England, with some protesting about the unconstitutional actions of the governor John Eyre, and others praising him for his response to a crisis. The rebellion and its suppression remain controversial, and it is frequently debated by specialists in black and colonial studies.