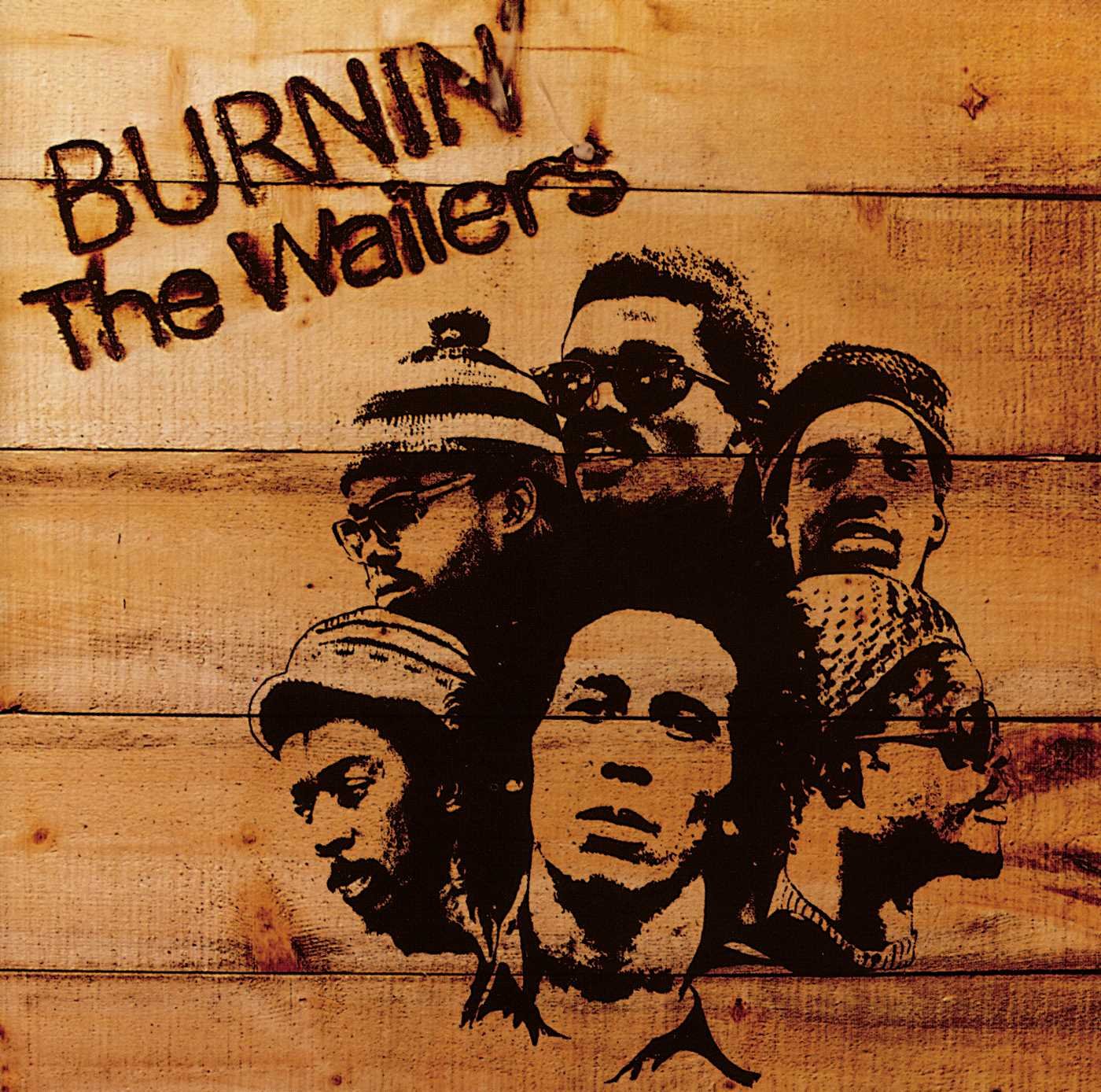 Burnin‘ is the sixth studio album by Jamaican reggae band The Wailers, released on 19 October 1973. It was written mostly by bandleader Bob Marley and produced by Chris Blackwell. It was the last Wailers album before Tosh and Bunny departed for solo careers and the band became known as Bob Marley and the Wailers. A commercial and critical success in the United States, Burnin’ was certified Gold and later added to the National Recording Registry, with the Library of Congress deeming it historically and culturally significant.

Burnin’ opens with a signature song, the call to action “Get Up, Stand Up” and includes a more confrontational and militant tone than previous records, such as in another Marley standard turned into a number one hit by Eric Clapton, “I Shot the Sheriff”. The songs “Duppy Conqueror”, “Small Axe”, “Put It On” and “Pass It On” are re-recordings of songs previously released.

This is as perplexing as it is jubilant—sometimes gripping, sometimes slippery. It’s reggae, obviously, but it’s not mainstream reggae, certainly not rock or soul, maybe some kind of futuristic slow funk, War without the pseudo-jazz. What’s inescapable is Bob Marley’s ferocious gift for melodic propaganda. It’s one thing to come up with four consecutive title hooks, another to make the titles ‘Get Up Stand Up,’ ‘Hallelujah Time,’ ‘I Shot the Sheriff,’ ‘Burnin’ and Lootin’.

In 2003, the album was ranked number 319 on Rolling Stone magazine’s list of the 500 greatest albums of all time. The album maintained the same position in a 2012 update of the list. In 2007 the album was added to the Library of Congress’ National Recording Registry for its historical and cultural significance.