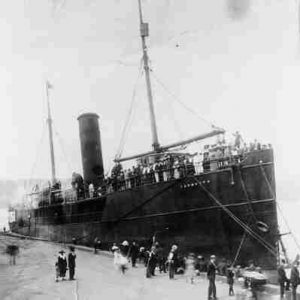 27 June 2020, marks 101 years since the incorporation of the Black Star Line by Marcus Garvey and members of the UNIA – Universal Negro Improvement Association.

The Black Star Line was created to facilitate the transportation of goods and eventually African Americans throughout the African global economy. It derived its name from the White Star Line, a line whose success Garvey thought he could duplicate. Black Star Line became a key part of Garvey’s contribution to the Back-to-Africa movement. It was one among many businesses which the UNIA originated, such as the Universal Printing House, Negro Factories Corporation, and the widely distributed and highly successful Negro World weekly newspaper.

The Black Star Line and its successor, the Black Cross Navigation and Trading Company, operated between 1919 and 1922. It stands today as a major symbol for Garvey followers and African Americans in search of a way to get back to their homeland.

The first directors of the Black Star Line were :