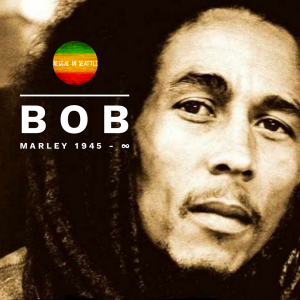 Robert “Bob” Nesta Marley was born on 06 February, 1945, in Nine Miles rural St. Ann’s Parish, Jamaica to a middle-aged white father, Norval Sinclair Marley, and a teenage black mother, Sidilla Editha “Cedella” Malcolm. At 14, he left home for Kingston to find his fortunes in music and became a student of local singer Joe Higgs. In 1962, he recorded his first single named “Judge Not,” for producer Leslie Kong but the two fell out over a monetary dispute. The following year, Bob teamed with fellow singers Peter Tosh, Bunny Livingston, Junior Braithwaite, Beverly Kelso, and Cherry Smith to form the vocal group the “Teenagers”, later renamed the “Wailing Rudeboys” and later simply the “Wailers”. 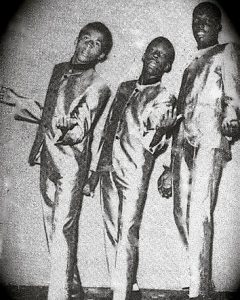 The group was signed by legendary Studio One producer Coxsone Dodd and recorded their debut, “I’m Still Waiting.” Following Braithwaite and Smith’s departure from the Wailers, Bob became the lead singer and in early 1964 the group had a smash hit with “Simmer Down”. They enjoyed a series of hit singles including “Let Him Go (Rude Boy Get Gail)”, “Dancing Shoes”, “Jerk in Time,” “Who Feels It Knows It,” and “What Am I to Do”. All in all, the Wailers recorded some 70 tracks for Dodd before they disbanded in 1966. 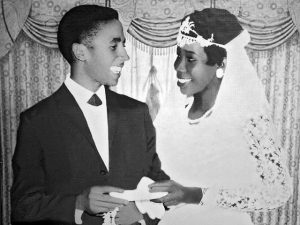 On February 10 of that year, Marley married Rita Anderson, a singer in the group the Soulettes; she later enjoyed success as a member of the vocal trio the I-Threes. Marley then spent the better part of the year working in a factory in Newark, Delaware, the home of his mother since 1963. 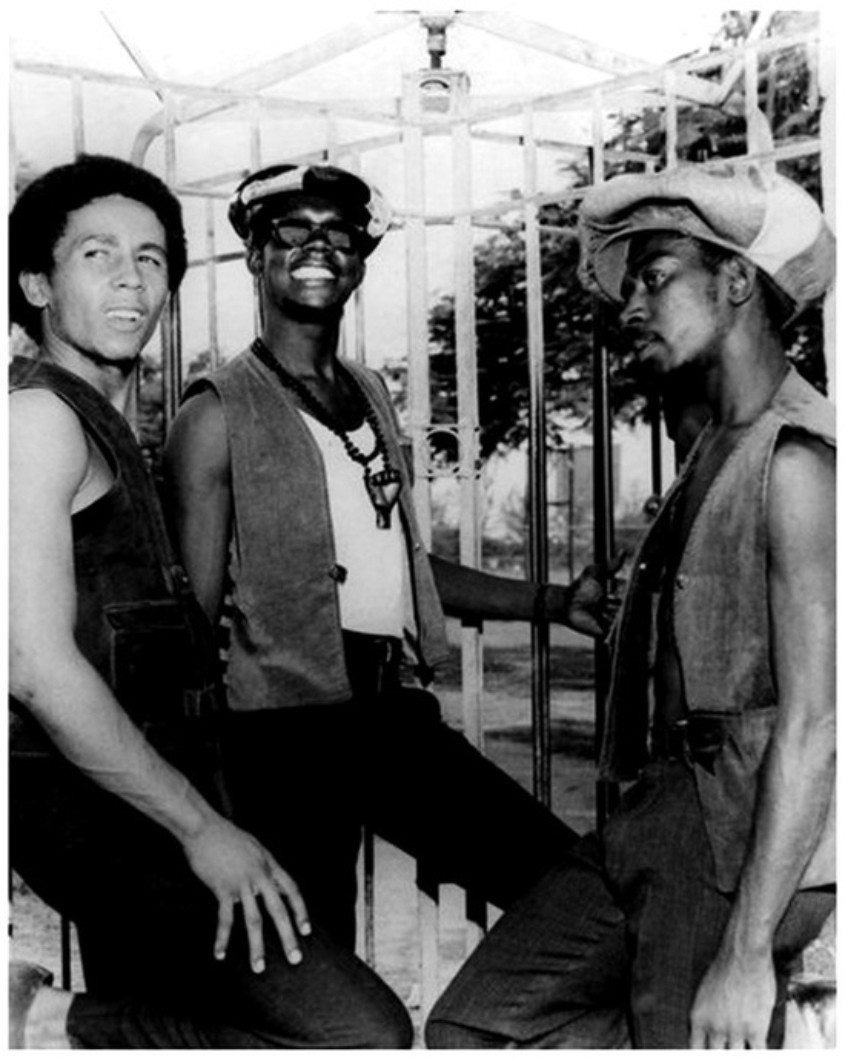 Upon returning to Jamaica that October, Marley re-formed the Wailers with Livingston and Tosh, releasing “Bend Down Low” on their own short-lived Wail ‘N’ Soul ‘M label; at this time all three members began devoting themselves to the teachings of the Rastafari faith, a cornerstone of Marley’s life and music until his death. Beginning in 1968, the Wailers recorded a wealth of new material for producer Danny Sims before teaming the following year with producer Lee “Scratch” Perry; backed by Perry’s house band, the Upsetters, the trio cut a number of classics, including “My Cup,” “Duppy Conqueror,” “Soul Almighty,” and “Small Axe,” which fused powerful vocals, ingenious rhythms, and visionary production to lay the groundwork for much of the Jamaican music in their wake. Upsetters bassist Aston “Family Man” Barrett and his drummer brother Carlton soon joined the Wailers full-time, and in 1971 the group founded another independent label, Tuff Gong, releasing a handful of singles before signing to Chris Blackwell’s Island Records a year later. 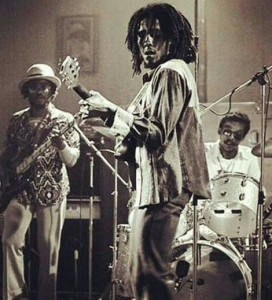 Catch a Fire, the Wailers’ Island debut released in 1973, was the first of their albums released outside of Jamaica, and immediately earned worldwide acclaim; the follow-up, Burnin’, launched the track “I Shot the Sheriff,” a Top Ten hit for Eric Clapton in 1974. With the Wailers poised for stardom, however, both Livingston and Tosh quit the group to pursue solo careers; Marley then brought in the I-Threes, which in addition to Rita Marley consisted of singers Marcia Griffiths and Judy Mowatt. The new lineup proceeded to tour the world prior to releasing their 1975 breakthrough album, Natty Dread, scoring their first U.K. Top 40 hit with the classic “No Woman, No Cry.” Sold-out shows at the London Lyceum, where Marley played to racially mixed crowds, yielded the superb Live! later that year, and with the success of 1976’s Rastaman Vibration, which hit the Top Ten in the U.S., it became increasingly clear that his music had carved its own niche within the pop mainstream. 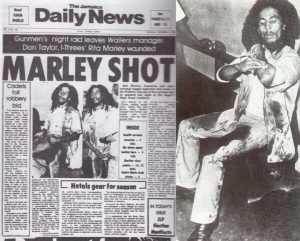 As great as Marley’s fame had grown outside of Jamaica, at home he was viewed as a figure of almost mystical proportions, a poet and prophet whose every word had the nation’s collective ear. His power was perceived as a threat in some quarters, and on December 3, 1976, he was wounded in an assassination attempt; the ordeal forced Marley to leave Jamaica for over a year. 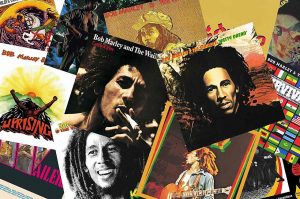 Released in 1977, Exodus was his biggest record to date, generating the hits “Jamming,” “Waiting in Vain,” and “One Love/People Get Ready”; Kaya was another smash, highlighted by the gorgeous “Is This Love” and “Satisfy My Soul.” Another classic live date, Babylon by Bus, preceded the release of 1979’s Survival. 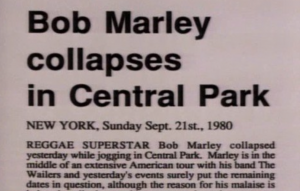 Kicked off by a concert in the newly liberated Zimbabwe, 1980 loomed as Marley’s biggest year yet; a tour of the U.S. was announced, but he collapsed while jogging in New York’s Central Park, and it was discovered he suffered from cancer that had spread to his brain, lungs, and liver. Uprising was the final album released in Marley’s lifetime. He passed away on 11 May, 1981 at the age of 36. 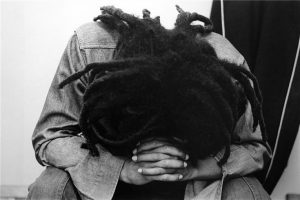