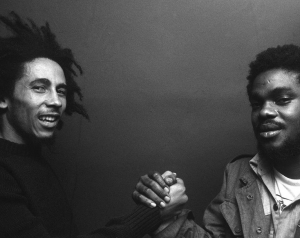 Aston Francis Barrett was born on 22 November, 1946 in Kingston, Jamaica. He is often called “Family Man” or “Fams” for short, a name he earned as the band leader of The Wailers. His importance to the development of Bob Marley’s music and Reggae cannot over overstated. 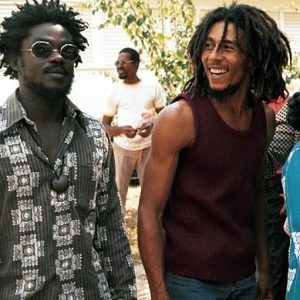 Barrett was working as a bike mechanic and electrical welder before hitting it big. He made his own first bass with plywood he nailed together, a curtain rod for a neck, and a curtain rod line for a string. He launched his career in the nightclubs of Kingston, playing guitar for the “Hippy Boys” alongside his brother Carlton “Carly” Barrett. They began recording as “The Upsetters” with Lee “Scratch” Perry. Their first taste of international success came in 1969 with the song “Return of Django” That same year, they began their collaboration with The Wailers and recorded songs like “Duppy Conquerer”, “Soul Rebel” and “Small Axe.” After the breakup of the Wailers, the brothers remained with Bob Marley until Bob’s untimely death in 1981. 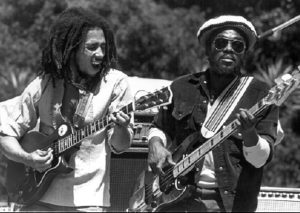 Aston co-produced 11 albums with Marley and was the band leader and in charge of the overall song arrangements.  He also recorded with artists like Augustus Pablo, Peter Tosh, Alpha Blondy, Burning Spear and late pop singer John Denver. He featured in Rolling Stone magazine as one of the greatest bass players of all time. One of Family Man’s most famous students, Robbie Shakespeare of Sly and Robbie, gave this homage: