Earl Anthony Robinson aka “General Echo” was born 08 December 1955 in the Fletcher’s Land area of Kingston, Jamaica. He was one of the first to challenge the predominantly ‘cultural’ DJing that had encapsulated mid to late 1970’s. He made a profound impression on emerging DJ’s of the 80’s with his preference for slack lyrics and his timing and tone. He operated his own Echo Tone Hi Fi sound system, and was one of the first major artists to achieve popularity on ‘yard tapes’. 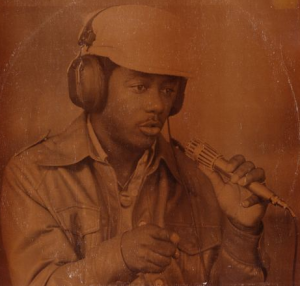 On Nov 22 1980 Earl Anthony Robinson aka “General Echo” was shot and killed by the police in Kingston, Jamaica along with selectors Flux and Big John. The details surrounding the incident has yet to be satisfactorily explained.