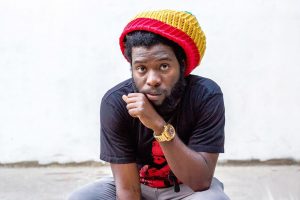 Mario Greaves aka “Iba MaHr” was born on 21 Jan 1987. After completing secondary education at Charlemont High and sixth form at Dinthill Technnical High, Iba went on to study a Bachelors Degree in Computing and Management Studies at the University of Technology. Even though he had the ability to write songs since going to high school, it was only while in University his peers pushed him to perform his own words. He took the name Iba MaHr, ‘Iba’ African name, meaning Humble and Calm while ‘MaHr’ is really an acronym, meaning Mario of Harar, Harar which is a small province in Ethiopia.

Max Romeo released his first song “Had It and Lost It” in 2008. Later, Phillip ‘Fatis’ Burrell released his second single, “Where You Are”. His smash hit “Diamond Sox” was released in 2014.

Iba Mahr says of music making: “I take pleasure in doing love songs. Essentially, I am inspired to sing about real life occurrences, but in reality as artiste we create melodies then connect words to them to craft stories that reflect other people’s lives. The energy, mood and my emotion at times may affect how a song might turn out. Feelings, be the sombre, joyful or sorrow also play a part. I now see the music making a paradigm shift from roots and culture, not that it has died but just need to be played more. Regardless of what is being played, the people need redemption songs, especially in these times of division and world crisis. I can only say that Reggae music is a medium through which we connect and touch people in any situation, so I work to preserve its legacy”.