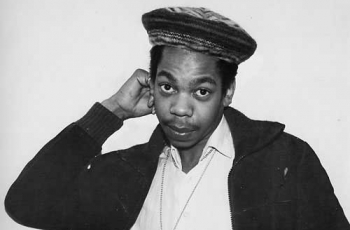 David Victor Emmanuel aka “Smiley Culture” was born on 10 Feb 1963 in south London to a Jamaican father and Guyanese mother. He garnered the nickname ‘Smiley’ at school for his method of chatting up girls at school – he would ask them for a smile.

His best-selling single, “Cockney Translations,” poked fun at the dialect of England’s working class, while his unique view of London’s security force was explored in his British Top 20 hit “Police Officer.” Learning his trade with a series of London-based sound systems, Culture became a star after joining the Saxon Sound System, which also featured Maxi Priest.

The first reggae DJ on BBC’s Top of the Pops, he also hosted a Channel Four television show, Club Mix. Culture subsequently broadened his musical palette, performing a vocal interpretation of Miles Davis’ “So What” in the film Absolute Beginners and collaborating with American hip-hop artists. Smiley Culture died at 48 years of age on March 15, 2011 upon sustaining a stab wound when police, armed with an arrest warrant, raided his home in Warlingham, Surrey.