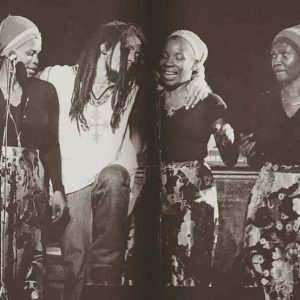 On March 5, The Jamaica Reggae Industry Association will honor the legendary I-Threes for Exceptional Contribution to the Reggae Industry: Duo or Group.

The I-Threes joined Bob Marley and the Wailers in 1974 when Bob, Peter Tosh and Bunny Wailers went separate ways. Tosh and Wailer left the group, feeling that they were being sidelined while Bob was being groomed for rock stardom at their expense. So Bob recruited his wife, Rita, who had been singing with The Wailers for the best part of a decade, along with Judy Mowatt and Marcia Griffiths, to form The I-Threes.  Right off, they added totally different tone to Marley’s music, such as on ‘Talkin’ Blues’, from Natty Dread, the first album they joined Bob on.

RITA MARLEY, formerly Rita Anderson, had been making records since 1964, starting her career at Studio One, the record company where Bob and The Wailers had first made a name for themselves. She sung duets with Bunny Wailer as Bunny/Bonnie & Rita, duetted with Peter Tosh, and sang lead in a group, The Soulettes, which recorded extensively in the mid-60s. 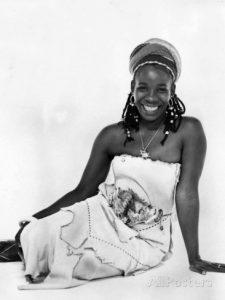 As a solo artist, Rita came close to having a UK hit in 1966 with a cool ska take of The Changin’ Times/Crispian St Peters’ smash ‘Pied Piper’ and cut a fine version of Nancy Ames’ ‘Friends And Lovers Forever’. By 1968, she was part of The Wailers’ venture with US chart act Johnny Nash and JAD Records, and cut a rocksteady version of Bob Marley’s ‘Bend Down Low’ under the credit of Bob, Rita & Peter. Like Bob, she was produced by Lee Perry in the early 70s, offering a version of The Beatles ‘Let It Be’, along with the funky ‘Bring It Up’ and ‘This World’, and there had been numerous other releases between 1965 and the formation of The I-Threes.

MARCIA GRIFFITHS’ enjoyed more global fame than Rita before joining The I-Threes. In the mid-60’s she recorded a few singles for Studio One, including a Bob Andy song, ‘Melody Life’, and followed up ‘Feel Like Jumping’ the next year. Both tunes still play in reggae dances today. 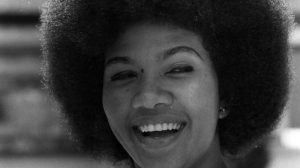 An artistic and romantic partnership with Bob Andy, as Bob & Marcia, delivered global fame for Marcia in 1970 with an entrancing orchestrated version of ‘Young, Gifted And Black’. At the time she joined The I-Threes, Marcia had a reggae hit with ‘Sweet Bitter Love’.

JUDY MOWATT was the lead voice of The Gaylettes and had hits for the Merritone label during the rocksteady era. 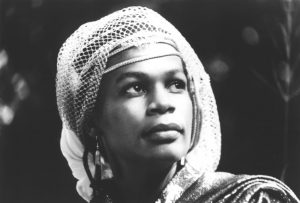 She released singles in 1970 and 1971 such as a cover of  ‘Son Of A Preacher Man’, and the gutsy roots song ‘The Gardener’. The singles ‘Rescue Me’ and ‛Emergency Call’ kept her in the reggae public’s eye in 1973, as did a cut of Bob Marley’s ‘Mellow Mood’, released on his Tuff Gong label.

So all three singers had strong connections with Marley before joining The I-Threes. Reggae remained a club phenomenon outside of Jamaica, but it was clear that Marley, with Island Records’ considerable promotional muscle and a rising reputation with the rock audience, was about to play huge shows worldwide. Even if you had a massive hit in Jamaica, you were not guaranteed to earn a penny in royalties; Marley’s tours, however, offered a steady, decent income – something almost unheard of in 70’s reggae.

The I-Threes released their first album as a group, Beginning, in 1986, and cut the fine Songs Of Bob Marley nine years later, by which time they had removed the plural from their name as an expression of unity: they were I Three, one and all. Together and separately, their careers continue: Rita Marley runs the vastly successful Tuff Gong business enterprise. Marcia Griffiths remains a formidable reggae voice, and had a US hit in 1983 with the Bunny Wailer-produced ‘Electric Boogie’. Judy Mowatt, credited with creating one of the best female roots albums of all time, 1979’s Black Woman, ran her own Ashandan label for years and still appears on roots reggae singles.

Both individually and collectively, The I-Threes have been far more than backing singers to a superstar; they are a powerful and unique force in their own right.