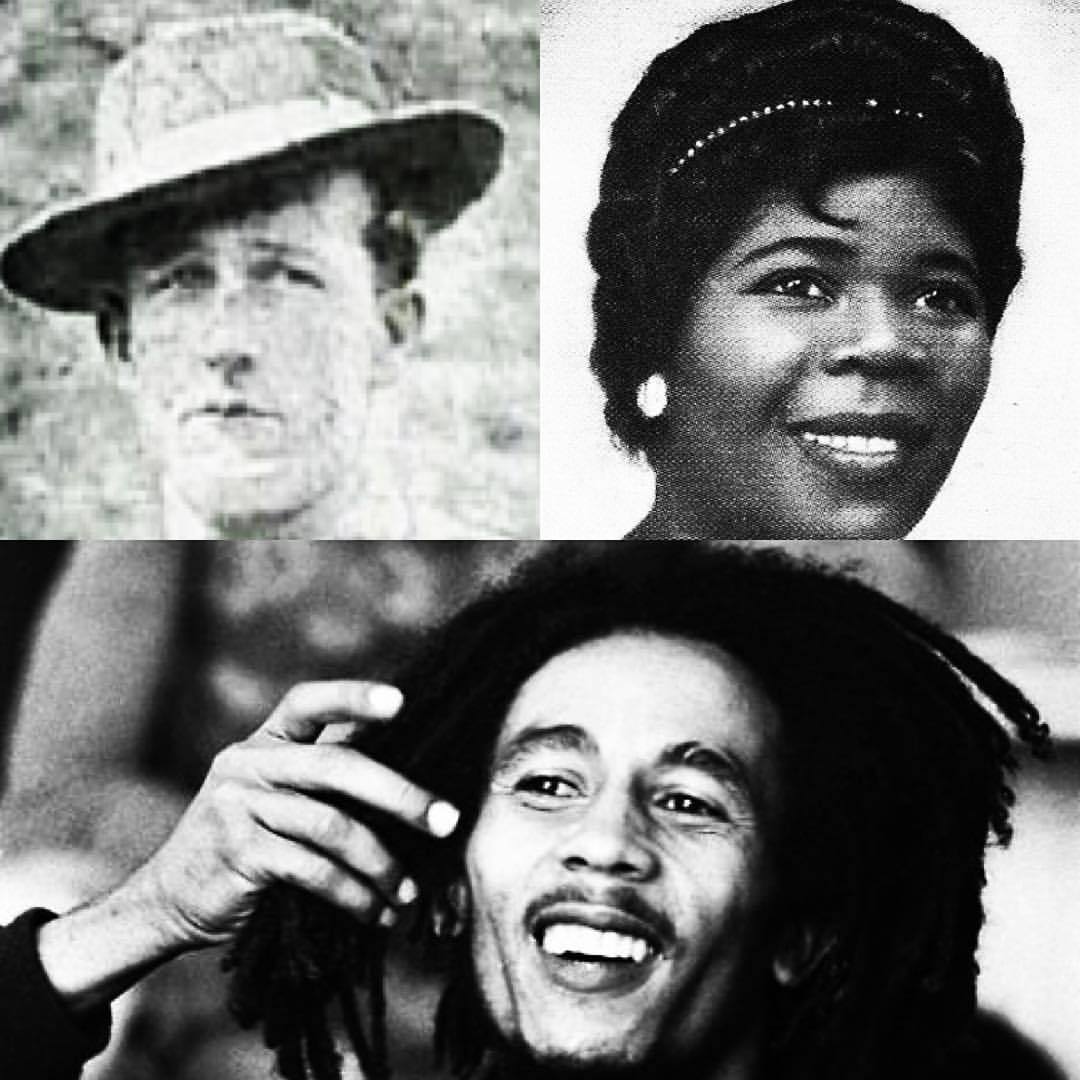 Sidilla Editha Malcolm was born in Rhoden Hall, Saint Ann Parish, Jamaica, daughter of Albertha Whilby and Omeriah Malcolm, a farmer and one of the most respected residents of Nine Mile. Her paternal grandfather was Robert Malcolm, who descended from the Coromantee slaves shipped to Jamaica from the African Gold Coast, today known as Ghana, in the late seventeenth and early eighteenth centuries. At 18, Cedella Malcolm married Norval Sinclair Marley, a white Jamaican officer and plantation overseer of English and rumored Syrian Jewish descent.

Norval and Cedella broke up shortly after Bob’s birth in February 1945 and Bob would rarely see his father while he was growing up. Bob rarely talked about his father and when he did it was in often scathing terms. Actress Esther Anderson, who became Bob’s girlfriend in the 1970s said:

The guy didn’t exist. There was a photograph of him on a horse, a white man on a horse.

Bob was ten years old when Norval died of a heart attack in 1955 at age 70. Cedella and Bob then moved to Trenchtown, a slum neighborhood in Kingston. This was the only place Cedella could afford to live at the time, being a young woman moving from the country to the big city on her own.

While living in Trenchtown, she gave birth to a daughter, Claudette Pearl, with Taddeus Livingston, the father of Neville O’Riley Livingston aka Bunny Wailer who formed the original Wailers trio with Bob Marley and Peter Tosh in 1963.

Cedella then married Edward Booker, an American civil servant, and resided first in Delaware and after Edward’s death in 1976 moved to Miami, Florida where she stayed for the remainder of her life. She died in her sleep at the age of 81 in Miami, Florida on April 8, 2008 from natural causes.