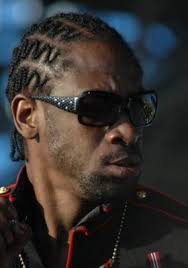 Rodney Basil Price aka BOUNTY KILLER wants the Jamaican government to end the ban on using expletives during stage performances.

A debate has been raging over the last few days about the use of Jamaican expletives not being allowed at the Fully Loaded sound system clash event in St. Ann. Bounty says these words are key elements of that type of entertainment. On Sunday he uploaded a poster of a Reggae Festival in Europe dubbed Bombo Clat. The term, he said, was being glorified by Europeans, and as a result, he blasted the police and politicians for not allowing himself and others to use the word freely as they wish in Jamaica:

Idiot dunce head bad minded police and governments of Jamaica unuh look pon that bloodcl**th di BOMBOCL**T FESTIVAL the word Bumbocl**th bigger than di government and di force and what’s the true meaning of bumbocl**th though who defines that since it’s not in the dictionary?? The origin of the word bumboclat dates back to the days of slavery, long before commercial sanitary pads came into existence. Bombo Cloths, also known as Pussy Cloths and Raas Cloths, were old ripped and stained strips of cloth’s worn by women and girls to soak up menstrual bloodshed during their periods. These cloths would be washed, hung out to dry and reused at the next menstrual cycle.