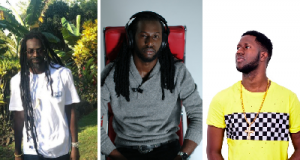 Producer Markus Myrie explains the inspiration of the song:

This song came about from a conversation, it created a vibe and the vibe created the music. False Pretense is about an ongoing “norm” for Jamaica’s political atmosphere that has over the years continued to spill over on the citizens of the country.  The message that should be received is that as a country we need governance that the average person living here can feel. As a people we have been silent about a lot of mismanagement. It’s time we rid the “7 day talks” and start taking action as a people.  They say we have democracy, but what we feel is dictatorship. Every party prioritizes their own benefits and not the people’s needs. In my opinion this song serves as a wake up call.