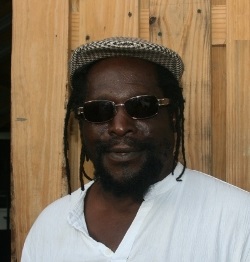 Legendary reggae icon CASTRO BROWN, passed away on Saturday in London from complications of a heart attack at 68 years old. Brown had suffered a heart attack four days earlier and was admitted to Croydon University Hospital in south London.

He was born in Port Antonio and emigrated to the UK in 1961 where he became part of the close-knit Jamaican reggae community. His music career began as he worked with the influential Coxsone sound system, owned by fellow Jamaican, Lloyd Blackford aka “Lloyd Coxsone”.

He founded Morpheus Records which produced songs by a number of artists like I-Roy, Dennis Brown and Gregory Isaacs. When Dennis Brown settled in the UK during the mid-1970s, he and Castro became close friends and operated the singer’s DEB Music label together, which produced a flurry of songs with Alton Ellis, Al Campbell, Junior Delgado, Errol Dunkley, Leroy Sibbles and The Tamlins.

In the late 1980s, he returned to Jamaica and launched the New Name label and a recording studio in Kingston and worked with artistes like Lady Saw, Mikey Spice and Luciano.

His daughter Theresa Brown remembers her father as “a kind, caring person who liked to give jokes. Everybody took on to him”. Castro Brown is survived by 17 children, over 30 grandchildren and 10 great-grandchildren.