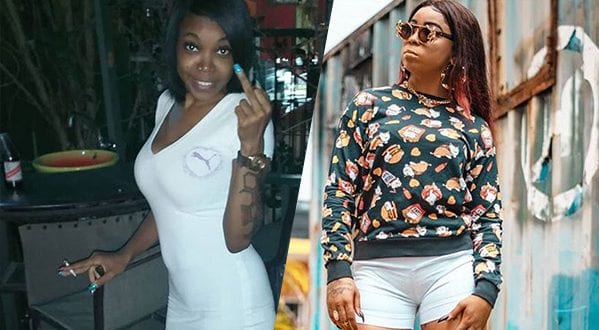 Dancehall female deejays LISA HYPER and CLYMAXX have been exchanging shots at each other on social media. Lisa Hyper insinuated that the relationship between her and another unnamed artist had become caustic. Clymaxx clarified that she was the target of Hyper’s onslaught and called her out for trying to start a feud. The animosity began when Clymaxx felt that Hyper was too expensive to book for an event she was hosting. Ever since, Hyper has been throwing subliminal jabs on social media.

I didn’t actually respond to her when she told me our price, I just said OK, thank you and whatever. Then she put up a post about this other girl that says she a Gaza Queen and a put out reminder say she a dancehall lyrical queen. So I made a subliminal post saying some people woulda say me shoulda do music long time so I coulda f**k Addi (Vybz Kartel) too. So she start post subliminal diss and den she screenshot Wah me did ask her bout the same performance saying me a beg her a collaboration and how me babyfada nah buss me and she nuh trust me and a bagga things. Overall she just seemed to not have liked me from morning.

Clymaxx expressed admiration for Hyper as an artist but says her attitude has turned her into an enemy. The battle lines have been firmly drawn as she released the diss track “Show Time” aimed towards Hyper.