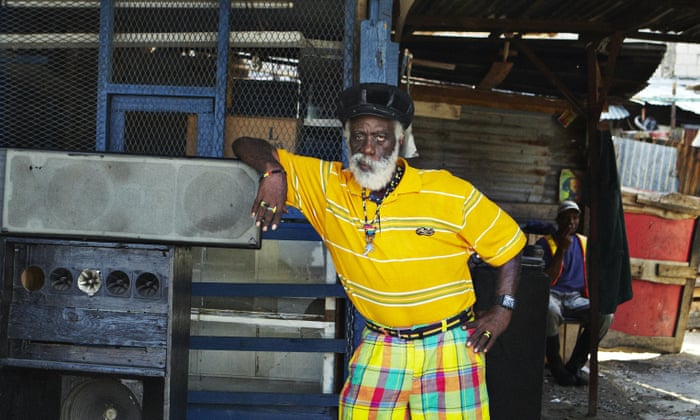 Melbourne James, aka Jah Stitch, passed away in Kingston on Sunday aged 69, following a brief illness. The “original raggamuffin” was a sound system toaster and DJ who scored significant hits in the 70s.

He was born in Kingston in 1949 and grew up with an aunt in a rural village in St Mary as his teenage mother lacked the financial means to care for him. He later joined her in bustling Papine, east Kingston, but conflict with his father-in-law led him to join a community of outcasts living in a tenement yard in the heart of the capital’s downtown – territory aligned with the People’s National party and controlled by the notorious Spanglers gang, which James became affiliated with aged 11.

In his teens, he began selecting records on a new sound system called Fingertone, later renamed Tippertone which became one of the most popular sound systems in Jamaica. Tippertone had a reputation for exclusive dub plates, especially from the Studio One catalogue, and he was renowned as a selector of great skill, with exquisite sequencing and timing. Female fans gave him the nickname Stitch because he was always immaculately dressed, which morphed to Jah Stitch for his Rastafari orientation.

In the early 70s, Tippertone launched the careers of fellow toasters Big Youth and Doctor Alimantado, and Stitch and Big Youth began toasting together. However, financial disputes caused Stitch to leave Tippertone for the new Black Harmony set, established by a friend on Ninth Street in Greenwich Farm. Big Youth was already making a strong impact as a recording artist and when Stitch was ready to begin his recording career in 1975, he started things off with a bang, voicing two hit songs on the same day: Danger Zone the Killer.

Stitch’s career seemed on an inexorable rise, but trouble arose in April 1976 when an ill-fated plan was hatched for a sound clash between Black Harmony and Tippertone. Black Harmony had relocated to a rough patch of slum ground called Fletcher’s Land, where some residents were aligned with the Jamaica Labour party, drawing indignation from some of Stitch’s former Tippertone associates. One afternoon near Chancery Lane, a Spanglers member demanded that Stitch abandon Black Harmony and when he refused, the man tried to stab him with a knife; rebuffed after a brief scuffle, he soon reappeared with a gun. Stitch was cornered in a bar behind the Wailers’ record shop on King Street and shot through the mouth, managing to survive when the bullet somehow ricocheted and exited.

He was hospitalized for four months and emerged with a contorted oral cavity and a fearsome hunger to record, reportedly voicing 19 songs for Bunny Lee in less than an hour. His 1976 debut album, No Dread Can’t Dead, celebrated his survival and elevated his profile in Britain. Jah Stitch toured Britain in 1977, notably appearing at the Hammersmith Palais with John Holt and Johnnie Clarke, backed by the band Black Slate. His recorded output dwindled in the early 80s, shortly before he became the chief selector on Sugar Minott’s Youth Promotion sound system under the moniker Major Stitch, mentoring Yami Bolo, Nitty Gritty, Tenor Saw and Daddy Freddy.