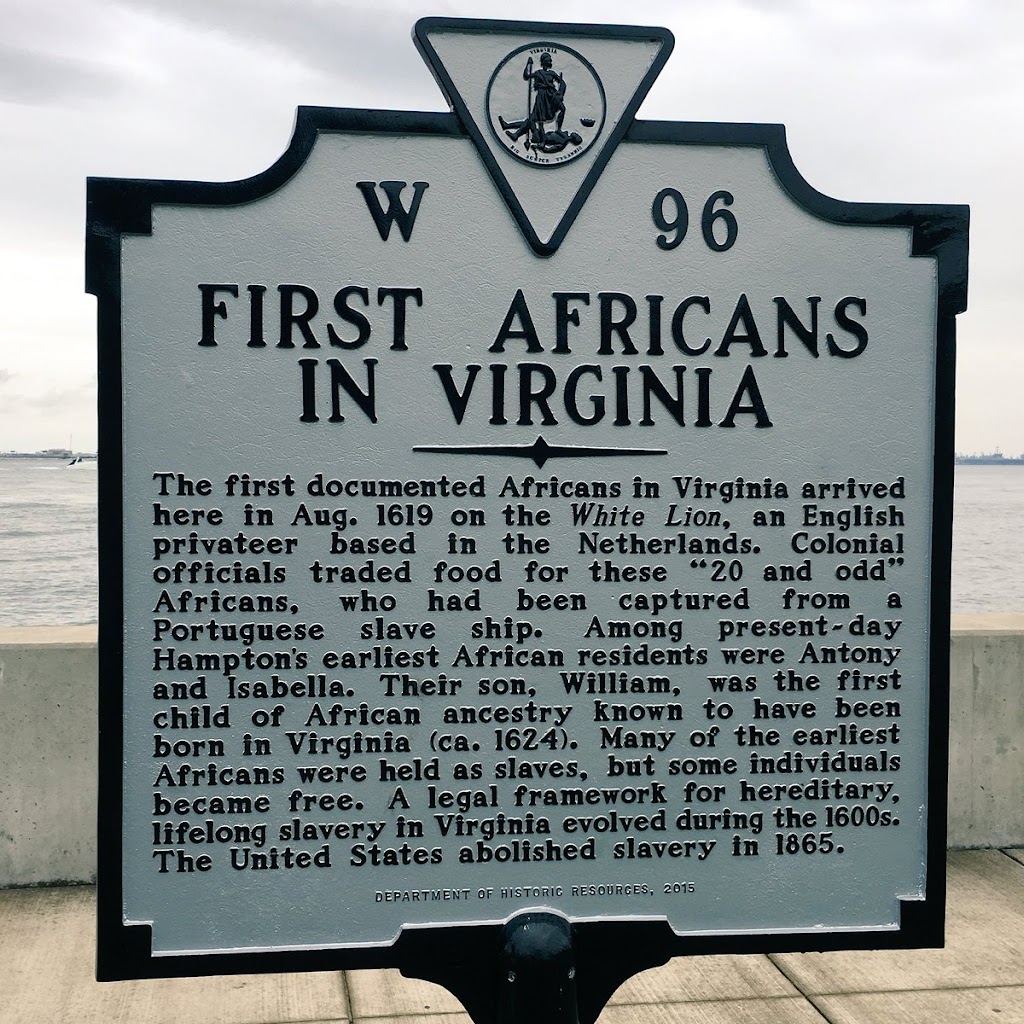 In August 1619, an English ship landed on the shores of Virginia with some 20 African captives aboard. Four hundred years later, the date is being commemorated as the beginning of the age of slavery in North America.

A plaque along the boardwalk in Virginia’s seaside town of Hampton, once known as Point Comfort,  reads:

The first documented Africans in Virginia arrived here in Aug. 1619 on the White Lion, an English privateer based in the Netherlands…

Four hundred years ago, the ship dropped anchor in what was then an English colony. John Rolfe, the plantation owner and official overseeing the colony, who is perhaps best remembered for marrying Pocahontas, noted that it “brought not anything but 20 and odd Negroes”.

The captives came from the kingdom of Ndongo, in present-day Angola. They were reportedly captured there by Portuguese colonists then driven to the port of Luanda, where they were brought on board the slave ship São João Baptista.

Altogether, the boat carried some 350 enslaved people. As it sailed toward Veracruz, in present-day Mexico, the ship was intercepted by the White Lion. The British crew robbed part of the Portuguese cargo, including a few dozen African captives – among those who had survived the brutal journey thus far. A few days later, it was at Point Comfort that the British vessel finally landed, in the hopes of trading the enslaved Africans for food and supplies.

The exact date of the ship’s landing is not known, but historians have fixed August 1619 as the moment that slavery began in what would become the United States. In the rest of the Americas, however, a forced labor regime was already well under way. Assistant professor of philosophy at Susquehanna University in Pennsylvania, Michael Thomas says:

Prior to the slave trade, indigenous people were enslaved in the Spanish and Portuguese colonies. Enslaved people from Africa were brought over to reinforce their numbers.

Spanish conquistadors had already brought African slaves to the Caribbean island of Hispaniola (today shared between Haiti and the Dominican Republic) as early as 1502. In 1526, a Spanish expedition also brought African captives to present-day South Carolina, almost a century before the date of the Virginia landing now considered the birth of slavery on the continent. However, the settlement there was abandoned the following year after the Africans rebelled.