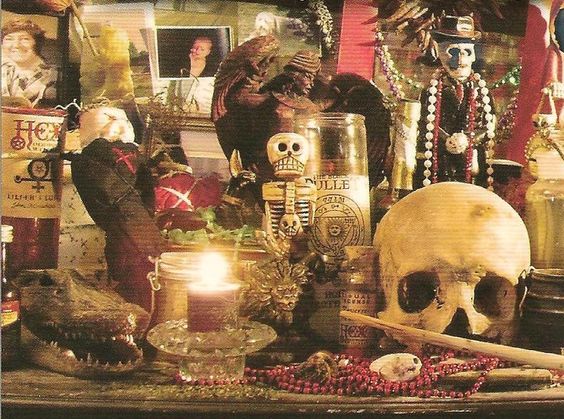 The practice of OBEAH has been illegal in Jamaican for over 100 years but just as lawmakers were getting ready to push the maximum fine to $1 million for anyone found guilty of practicing Obeah, Justice Minister DELROY CHUCK signaled that the ritual could soon become legal. This will enable Jamaicans who practice Obeah and those who visit the practitioners to do so without fear of criminal prosecution.

He has already instructed the Law Reform Department to draft another submission for him to take to Cabinet to have the 1898 Obeah Act repealed. He said in the House of Representatives:

I would like to bring, for us to debate here in his House, a bill for repeal of the Obeah law. It will be put in a broader concept in terms of scamming and other things. There is no reason, Mr Speaker, why the Obeah Act should still remain on the statute book, and we hope to remove it in due course.

He was supported by the Member of Parliament for Central Clarendon, MIKE HENRY who questioned why the Obeah law was on the books in the first place:

I am awaiting clarification as to whether we’re now moving something that will make Obeah legal, or it remains illegal. If it is not legal I have reservations because you can’t deny me my African religious rights. I don’t want it to be misunderstood by anyone, anywhere, so I am asking for clarification because Obeah should never have been illegal at any point, anytime, anywhere.

The initiative has been met with stark criticism from Church-leaders who said it is leading the nation away from God. Prophetess Almarie Campbell of Tarrant Baptist Church voiced her objection and called on the Church to join her in protest:

Be careful of the message you are sending. Any time people start to go into those things, they are going away from faith and confidence in Almighty God. It would bother me because you would be virtually endorsing the thing and virtually opening the gate to say to people it’s okay.

On the other hand, a St Catherine-based Obeah man, was pleased with the news as he said he is simply assisting persons who cannot afford the cost of seeing a medical doctor:

It help people more than the doctor. Somebody admit inna hospital fi cut and a somebody tek him outta hospital and bring him to me and me look after him. When him go back a doctor, the doctor ask him a who look after him. There are some things weh doctor cannot help. The doctor dem a cut people an send dem go buy medicine weh can’t help. Mi nuh feel seh yuh should a get lock up for that because yuh a help people.

He said he sometimes give his clients a “bath” or “mix something” and “cut off the evil off a dem”.

The discussion about the Obeah Act came about as lawmakers were deliberating the Law Reform (Amendment of Penalties) Act, which was unanimously passed to provide significantly increased fines for a range of offences.

The Law Reform (Amendment of Penalties) Act would have seen the fines for practicing Obeah rise from $100 to $1 million, but the legislation was amended to exclude the Obeah Act because of the plan to repeal it.

A Cabinet submission for the repeal of the Obeah Act was submitted in 1975, but is still somewhere gathering dust.

According to the Obeah Act, ‘obeah shall be deemed to be of one and the same meaning as myalism,’ which is described as a Jamaican folk religion focused on the powers of African ancestors. At the same time, Obeah is a system of spiritual and healing practices developed among enslaved West Africans.