The Reggae Gold Awards was held this week to close out Jamaica’s Reggae Month of February. It celebrated 50 years of Reggae and some 100 awards were presented to Reggae and Dancehall royalty, icons and luminaries whose contribution and influence on the music have been felt world wide. The awardees were selected by the Reggae Gold Awards Committee, comprising Professor Donna Hope; Herbert ‘Herbie’ Miller, the Institute of Jamaica’s musical director; and producer Clyde McKenzie.

Among the notable names in the Reggae Music Hall of Fame are: Byron Lee, Sister Ignatius of the Sisters of Mercy and Alpha Boys’ School music teacher, P.J. Patterson, Sonia Pottinger, Millie Small, Reggae Sunsplash for being the first major Reggae festival to expose the pioneers of the genre (received by Ronnie Burke) and Rainford ‘Lee Scratch’ Perry, whose award was collected, in his absence, by half-brother Milton Blythe.

The other award categories included the Reggae Gold Honour Awards, Reggae Gold Media Awards, which were issued to nine influential media personalities and one radio station, Irie FM; Jamaica Reggae Gold Icon Awards, which would not be complete without the likes of Clement ‘Sir Coxsone’ Dodd, Robert Nesta Marley, Peter Tosh and Bunny Wailer; and the Jamaica Reggae Gold Awards which had the largest number of awardees covering record labels/stores, sound systems, dancers, producers, artistes’ managers, musicians, Reggae bands and recording artists. In between the distribution of awards, Ken Boothe, Tarrus Riley, Marcia Griffiths and Sizzla kept guests entertained with sessions of singalong and electric slide, where some members of the audience had the chance to join the Queen of Reggae on stage.

Minister Olivia Grange said, “It is difficult to get these artistes together in one room, but they showed up as humble people although they are stars, danced and rubbed shoulders with everybody. Oh, what a night! I am elated, I am happy, and I am satisfied knowing everybody left here feeling good. After the tremendous response, there will have to be another awards show later this year, potentially on July 1 when we celebrate International Reggae Day, as there are so many other persons who have yet to be honored.”

Bunny Wailer said “After 50 years of Reggae, many of the persons who have contributed greatly have left us, some without even getting any recognition. Most of all, the list of awardees really showed the unified force between the contributors of our musical genres.” 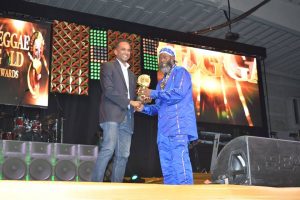 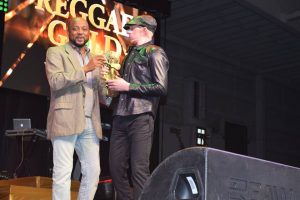 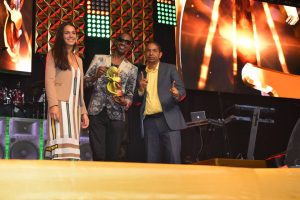 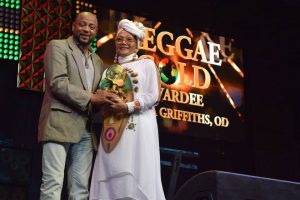