Reggae Sumfest has officially released the 2019 artist line-up of the artistes who are booked to perform on both major nights. Reggae Sumfest has been Jamaica’s number one Show for over 25 years and this year they are looking to go even bigger and better.

The week-long festival will be kept in Montego Bay from July 14th to July 20th, and will culminate on the last two nights with performances by:

Special guests on the Dancehall Night are legendary artists Beenie Man and Bounty Killer.  It is advertised as “Back To Basics and Dub fi Dub. One Night, One Stage, Two Legends”. 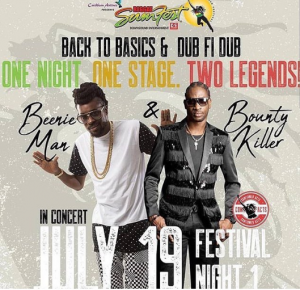