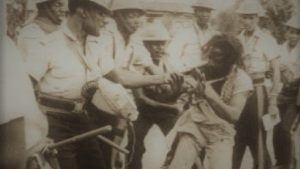 The Coral Gardens Massacre refers to a series of events that occurred in Jamaica on Good Friday, 1963. Following a violent altercation at a gas station in Montego Bay, Jamaican police and military forces detained Rastafarians throughout Jamaica, killing and torturing many.

By the time the Jamaican government got the keys from its colonial master, it was buckling under the weight of inadequate housing and job availability, in particular in the capital Kingston. Rural folk who had been pushed off the Crown’s land headed for the city in hopes of a better life. Many became shackled in poverty and had to resort to crime to survive. The Rastafarians of the time were viewed with suspicion and contempt and found themselves harassed by the authorities. Their appeal for inclusion in the political process were by and large ignored.

In 1962, Rudolph Franklin, a graduate of Cornwall College and a convert to the Rastafarian faith, became embroiled in a land dispute. Franklin was farming illegally and when the landowners employed the services of the local police to evict the squatters an altercation erupted and Franklin was shot five times and left for dead in a churchyard. His body was found and taken to a hospital where he was treated. On release he was charged with possession of Marijuana and sentenced to six months in prison. The time in prison did not serve Franklin well and by his release in 1963, he was a bitter man.

Franklin and several Rastas had been squatting peacefully on land in the Coral Gardens part of Montego Bay that the Jamaican government was planning to make into a tourist only-area which meant a no-go area for the Rastafarians. They had to endure constant police intimidation. When the land was sold to a man named Ken Douglas, who attempted to drive the squatters off the land, Franklin refused to budge. Violence ensued. 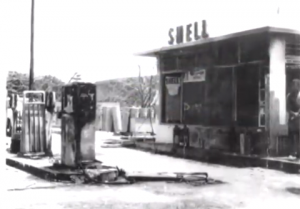 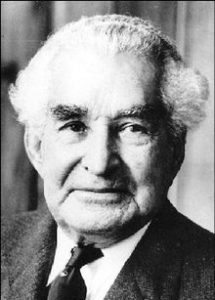 Prime Minister Sir Alexander Bustamante visited the parish along with the commissioner of police and head of the Jamaica Defence Force. Bustamante is reported to have said:

Bring in all Rastas, dead or alive!

Police was dispatched to Coral Gardens and the surrounding areas where more than 150 ‘bearded men’, assumed to be Rastafarians, were rounded up and arrested, beaten and had their dreadlocks cut off. This event is known as “The Coral Gardens Massacre” and “Bad Friday”. 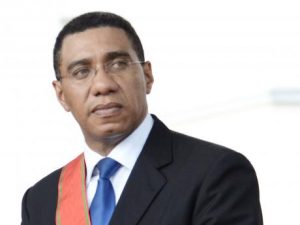 In 2017, Prime Minister Andrew Holness, in a statement to Parliament, apologized to the Rastafarian community for the atrocities committed in the 1963 Coral Gardens massacre:

The Coral Gardens incident was a grave injustice.

Holness promised such an incident would never again occur in Jamaica. In an attempt to make restitution on behalf of the state, the government established a trust fund in the sum of $10 million to assist the beneficiaries of those who suffered loss during the “repressive” incident.

The Government has set aside six lots at Pinnacle in St Catherine as protected heritage sites.