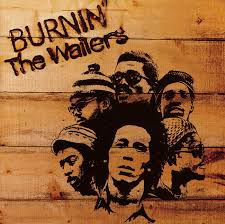 Burnin' is the sixth studio album by Jamaican reggae band The Wailers, released on 19 October 1973. It was written mostly by bandleader Bob Marley and produced by Chris Blackwell. It was the last Wailers album before Tosh and Bunny departed … END_OF_DOCUMENT_TOKEN_TO_BE_REPLACED