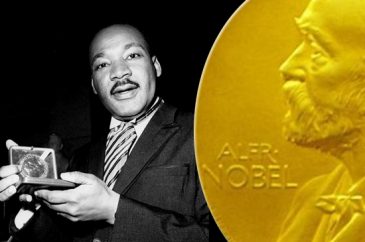 On the morning of 14 October 1964, Martin Luther King, sleeping in an Atlanta hospital room after checking in for a rest, was awakened by a phone call from his wife, Coretta Scott King, telling him that he had been awarded the Nobel Prize … END_OF_DOCUMENT_TOKEN_TO_BE_REPLACED