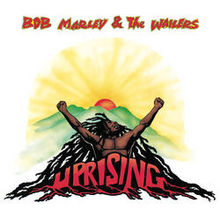 Uprising was the last album by Bob Marley to be released in his lifetime. Less than one year later he would be dead from cancer. The day Uprising reached the shops on 10 June 1980, Bob Marley and the Wailers opened for Fleetwood Mac at … END_OF_DOCUMENT_TOKEN_TO_BE_REPLACED