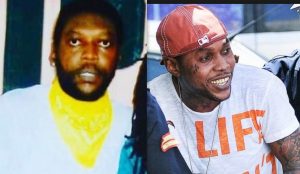 A new photo of Vybz Kartel went viral on social media this week and raised more concerns over his health. The photos surfaced online after he received visitors in prison. Fans voiced their concern online about his appearance, especially in light of last month’s health scare when he was hospitalized with thyroid problems. The images show the “world boss” wearing a yellow kerchief around his neck. His attorney said the condition is under control.