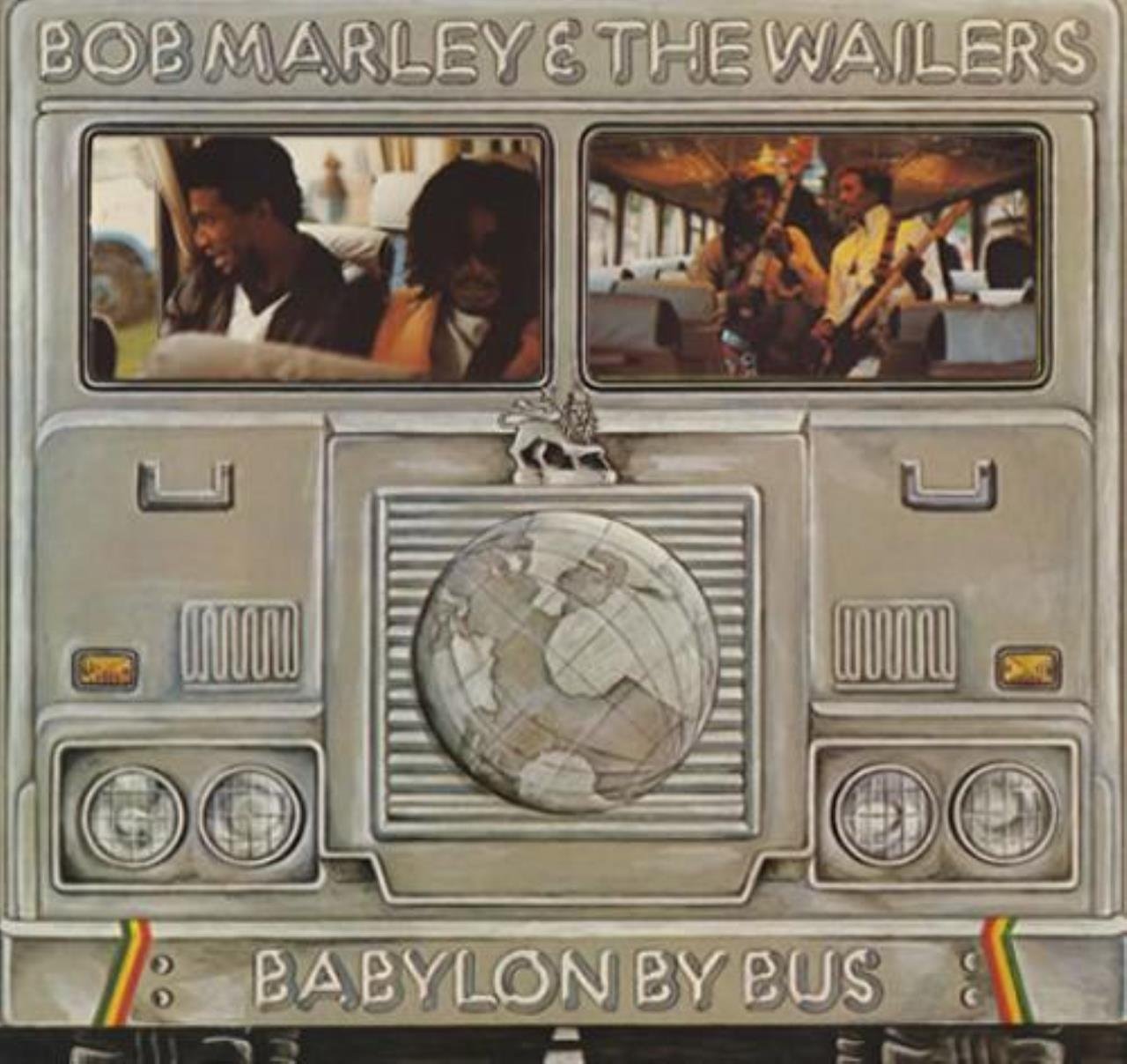 BABYLON BY BUS is a live album released by Bob Marley and the Wailers in 1978. The tracks on this album are considered, with two exceptions, to be from the Pavillon de Paris concerts over 3 nights, 25–27 June 1978, during the Kaya Tour, though there are discrepancies in the track listing.

Like the 1973 album Catch a Fire, the first release had something of a novelty cover. The windows of the bus on the front cover were cut out, revealing part of the inner sleeve. As this was a double album, the listener had a choice of four different scenes to view through the windows.

“Heathen”, “Lively Up Yourself” and “Concrete Jungle” were not as common as the rest of the album on the tour, with 2 of the 3 more than likely played on any given night, but not always, and were only ever all played on the same night twice: at the Pinecrest Country Club in Shelton, Connecticut, 14 June and the Music Inn in Lenox, Massachusetts 18 June, which was one of the longest shows ever played by the band with 22 songs, but none were played at the Paris concerts. “Rebel Music”, “Positive Vibration”, “Jamming”, “Exodus”, “War / No More Trouble” and “Punky Reggae Party” were nearly always played at some point of each concert, though were mixed up some times with other songs like “Get Up, Stand Up”, usually played with “Punky Reggae Party”, which isn’t on this album though was also played most nights. The song “Is This Love” was also not common on this tour, though was played in Paris. The track “Kinky Reggae” wasn’t played on the Kaya tour and in fact hadn’t been played since the 1976 Rastaman Vibration tour, so it’s unclear which concert this version is from.