100 years ago, on 14 Oct 1919, Black Nationalist and Freedom Fighter Marcus Mosiah Garvey was shot and wounded in an assassination attempt by George Tyler. 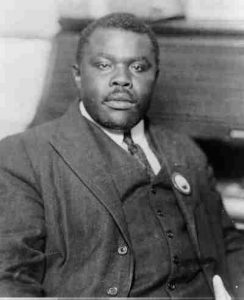 In July 1919, Garvey was arrested and charged with criminal libel for claims made about Edwin Kilroe in the Negro World. When this eventually came to court, he was ordered to provide a printed retraction. In October 1919, George Tyler, a part-time vendor of the Negro World, entered the UNIA office and tried to assassinate Garvey. The latter received two bullets in his legs but survived. Tyler was soon apprehended but died in an escape attempt from jail; it was thus never revealed why he tried to kill Garvey.