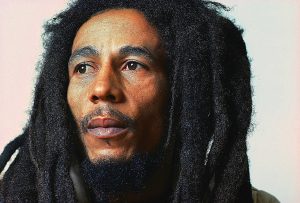 On May 11, 1981 ROBERT NESTA MARLEY lost his battle with cancer. In July 1977, Marley was found to have a acral lentiginous melanoma under the nail of a toe. Contrary to urban legend, this lesion was not caused by an injury during a football match but was instead a symptom of an already-existing cancer. Marley refused his doctors’ advice to amputate his toe, citing his religious beliefs, and instead, the nail and nail bed were removed and a skin graft was taken from his thigh to cover the area. Despite his illness, he continued touring. 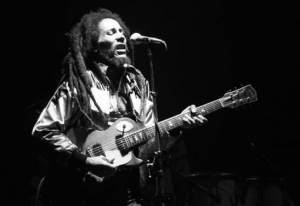 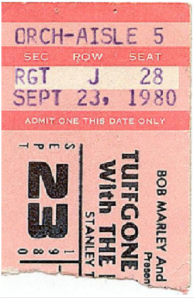 Ticket stub for the final show at the Stanley Theater

The band completed the Uprising tour of Europe, where it played its biggest concert to 100,000 people in Milan. After the tour, Marley went to the United States, where he performed two shows at Madison Square Garden in New York. Marley’s last concert took place at the Stanley Theater in Pittsburgh, Pennsylvania, on 23 September 1980. Just two days earlier he had collapsed during a jogging tour in Central Park and was brought to the hospital where he learned that his cancer had spread to his brain.

Shortly afterward, Marley’s health deteriorated as his cancer had spread throughout his body. The rest of the tour was canceled and Marley sought treatment at the Bavarian clinic of Josef Issels, where he received an alternative cancer treatment called Issels treatment, partly based on avoidance of certain foods, drinks, and other substances. After eight months of effectively failing to treat his advancing cancer, Marley boarded a plane for his home in Jamaica. 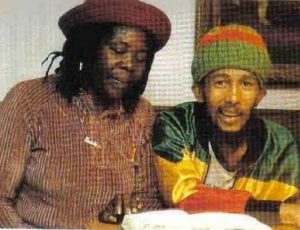 While Marley was flying home from Germany to Jamaica, his vital functions worsened. After landing in Miami, Florida, he was taken to the hospital for immediate medical attention. Marley died on 11 May 1981 at Cedars of Lebanon Hospital in Miami at the age of 36. The spread of  melanoma to his lungs and brain caused his death. His final words to his oldest son Ziggy were “Money can’t buy life”.

Marley received a state funeral in Jamaica on 21 May 1981. He was buried in a chapel near his birthplace with his Gibson Les Paul guitar, a football and a stalk of ganja.

His voice was an omnipresent cry in our electronic world. His sharp features, majestic looks, and prancing style a vivid etching on the landscape of our minds. Bob Marley was never seen. He was an experience which left an indelible imprint with each encounter. Such a man cannot be erased from the mind. He is part of the collective consciousness of the nation.