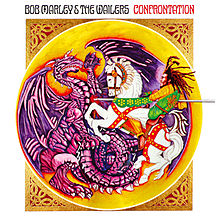 On 23 May, 1983 CONFRONTATION was released. It was released posthumously, two years after BOB MARLEY‘s death. The songs on this album were compiled from unreleased material and singles recorded during Marley’s lifetime.