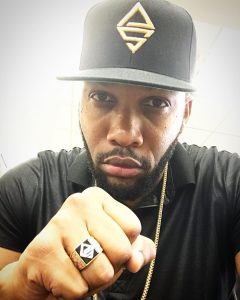 Jeffrey Campbell aka “Assassin” aka “Agent Sasco” was born 22 December 1982 in Kintyre, Jamaica. While growing up in rural Jamaica, Campbell learnt the art of the DJ and regularly performed at family reunions. Campbell’s pseudonym came from his schooldays where he would compete with other pupils who were also honing their DJ skills. Emulating the dancehall tradition of clashes, the students competed for the role of top DJ and Campbell was hailed as the assassin having ‘blown away’ all competition. While he enjoyed encouragement from the whole family, his elder brother persuaded him to pursue his natural talent in the dancehall.

Hailed as a DJ for the millennium, Campbell soon began voicing rhythms, with Lloyd ‘John John’ James. The sessions were recorded at the studio owned by the nascent John John’s father King Jammy, who continued to produce hits, although his son was considered conversant with the youth market. While gaining attention as a DJ Assassin also wrote lyrics for other performers and in 1998 his ‘Big Up All The Shotta’ proved a hit for the renowned DJ, Spragga Benz.

Having enjoyed chart success with Benz he also wrote hits for artists such as, Frisco Kid, Thriller U and Elephant Man. Assassin established his own recording career with a series of hits including, ‘Money Maker’, ‘Pon The Ends’, ‘Friend And Company’, ‘Dam It’, ‘How We Roll’, ‘Two Words For You’, ‘Dun It All’, ‘You Young’ and a combination hit with Spragga Benz, ‘Who Dem Want Fi Swear’. In 2001, he enjoyed international success with the release of ‘Won’t’.

In February 15th, 2016, on the 58th Annual Grammy Awards, Assassin aka Agent Sasco, was highlighted on the Global platform; with his feature from the politically charged hit single “The Blacker the Berry” during Kendrick Lamar’s highly anticipated Grammy performance. On February 19th 2016, he released the album “Theory of Reggaetivity”.