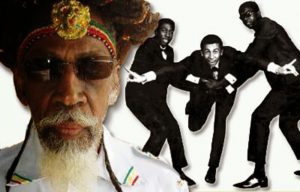 On April 10, 2022 Neville O’Riley Livingston (OM) aka “Bunny Wailer” would have turned 75 years. He was the last of the legendary trio The Wailers and one of the standard-bearers of Roots Reggae music.

Bunny grew up alongside Bob Marley in the village of Nine Mile in the Parish of St. Ann. His father, Thaddius “Taddy” Livingstone, moved to Kingston around the same time as Bob’s mother Cedella Booker. Bunny and Bob were left behind to be looked after by relatives until they were old enough to join their parents.

As they grew up in Kingston, they developed a strong desire to become musicians, and along with another friend, Winston McIntosh aka “Peter Tosh”, began attending music lessons given in the yard of recording artist Joe Higgs. The group went through a string of names; originally named The Teenagers, in honor of idol Frankie Lymon, they switched to Wailing Rudeboys and then The Wailing Wailers before finally settling on the name The Wailers. 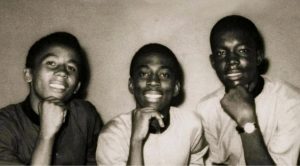 Their first string of hits began in 1963 with “Simmer Down“, produced by legendary Clement “Coxson” Dodd and accompanied by the Studio One backing band, The Soul Brothers.

In 1967, Bunny was arrested for marijuana possession and sentenced to fourteen months in the infamous Richmond Farm Prison. The time in prison had a profound impact on him, in that he came to sympathize with the outcasts and criminals deemed Blackheart Men. He emerged from prison with a new faith – Rastafari.

Bunny toured with the Wailers throughout England and the US, but soon became reluctant to leave Jamaica. He and Peter felt marginalized in the group as the Wailers became an international success, and attention was increasingly focused on Bob. Bunny subsequently left the Wailers in 1973 to pursue a solo career. Albums such as “Blackheart Man”, “Protest” and “Struggle” met with critical acclaim.

In 1985, Bunny began work on a Wailers re-union album, using tapes recorded in 1967 with added contemporary overdubs and vocals. The project was joined by Peter Tosh, Constantine Walker and Junior Braithwaite, and the idea was to create a double album with the original versions on one record and overdubbed cuts on the other.

The single “Music Lesson/Nice Time” was released in 1986 and sold extremely well. Unfortunately, the project ended as a rift developed with Rita Marley and with the murder of Peter Tosh in his home on September 11th, 1987. 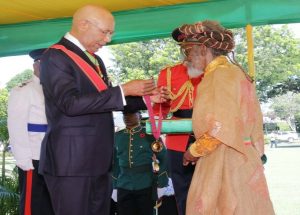 In October 2017, Bunny Wailer was awarded the Order of Merit by the Jamaican government, the nation’s fourth-highest honor. In October 2018, Wailer suffered a minor stroke resulting in speech problems. After suffering another stroke in July 2020, he was hospitalized at Andrews Memorial Hospital, where he eventually died on 2 March 2021 at the age of 73.