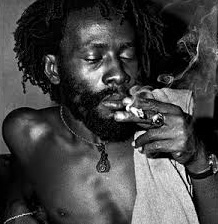 Winston Rodney was born 01 Mach, 1945 in Saint Ann’s Bay, Saint Ann, Jamaica, the same region where Bob Marley and Jamaican political hero Marcus Garvey grew up. Both men had a profound impact on Winston’s life and work, especially with regard to the exploration of the themes of Pan-Africanism and self-determination. He took his artist name “Burning Spear” after a military award given by Kenya’s first President Jomo Kenyatta.

As a young man he listened to the R&B, soul and jazz music transmitted by the US radio stations whose broadcasts reached Jamaica. Curtis Mayfield is cited by Rodney as a major US musical influence along with James Brown. He launched his career in 1969 with the help of Bob Marley. They met a few years prior at Marley’s farm, where Spear was working and the two began to conversing about music. Marley advised Rodney to approach Coxsone Dodd’s “Studio One” label. 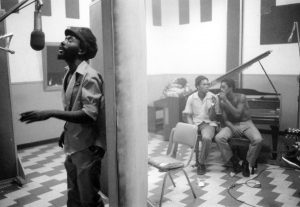 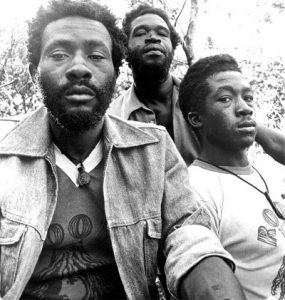