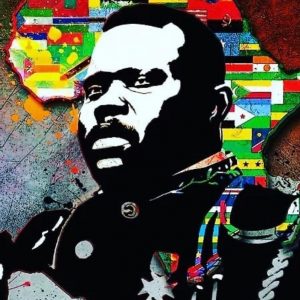 Largely self-taught, Garvey attended school in Jamaica until he was 14. After traveling in Central America and living in London from 1912 to 1914, he returned to Jamaica, where, with a group of friends, he founded (August 1, 1914) the Universal Negro Improvement and Conservation Association and African Communities League, usually called the Universal Negro Improvement Association (UNIA), which sought, among other things, to build in Africa a black-governed nation.

Failing to attract a following in Jamaica, Garvey went to the United States (1916) and soon established branches of the UNIA in Harlem and the other principal ghettos of the North. By 1919 the rising “Black Moses” claimed a following of about 2,000,000, though the exact number of association members was never clear. From the platform of the Association’s Liberty Hall in Harlem, he spoke of a “new Negro,” proud of being black. His newspaper, Negro World,told of the exploits of heroes of the race and of the splendors of African culture. He taught that blacks would be respected only when they were economically strong, and he preached an independent black economy within the framework of white capitalism.

To facilitate the return to Africa that he advocated, in 1919 Garvey founded the Black Star Line, to provide transportation to Africa, and the Negro Factories Corporation to encourage black economic independence. Garvey also unsuccessfully tried to persuade the government of Liberia in west Africa to grant land on which black people from America could settle.

In 1922, Garvey was arrested for mail fraud in connection with the sale of stock in the Black Star Line, which had now failed. Although there were irregularities connected to the business, the prosecution was probably politically motivated, as Garvey’s activities had attracted considerable government attention. Garvey was sent to prison and later deported to Jamaica. In 1935, he moved permanently to London where he died on 10 June 1940. In 1964, his body was returned to Jamaica where he was declared the country’s first national hero.