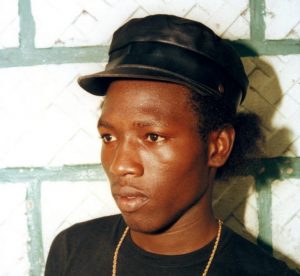 Ian Flemmings Smith, aka “Wayne Smith” was born on 5 December 1965. He grew up in the Waterhouse area of Kingston and began recording in 1980 at age 14, initially working with producer Prince Jammy who produced his debut album Youthman Skanking (1982) and the 1985 follow-up Smoker Super.

His 1985 “(Under Mi) Sleng Teng is generally regarded as the beginning of Digital era of Reggae. The rhythm was a pattern found on a Casio MT-40 keyboard. Although there are a number of conflicting stories about how it was first found, the commonly accepted view is that Wayne Smith and Noel Davy discovered it. Smith had further hits with “Come Along” which used the Stalag Riddim, and “Ain’t No Meaning in Saying Goodbye”.

After leaving Jamaica for New York in 1989, he established his own record label, Sleng Teng Records. He worked as well with several record producers from New York, Jamaica and Europe, such as Heartical Sound and Evidence Music before returning to live in Jamaica in 2013.

Smith was admitted to Kingston Public Hospital on 14 February 2014 with severe stomach pains, and died on 17 February 2014, aged 48. He was survived by five children and three grandchildren.