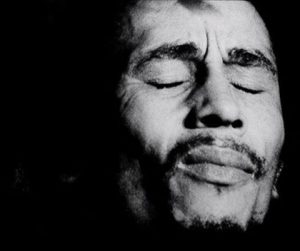 On September 23, 1980, Bob Marley performed the last concert of his life in Pittsburgh, PA. Suffering from terminal cancer, the Tuff Gong was not expected to live much longer. Still he rehearsed relentlessly before that last show as usual—but this rehearsal was a bit different.

According to the movie Marley, Bob instructed the band to play the same song over and over—”I’m Hurting Inside,” a plaintive, little-known late 60s Wailers cut that spoke to the pain in the 35-year-old man’s body and soul.

He never performed the song during his final concert, which is captured on the live album Live Forever. Apparently Bob was just feeling this song that day for deeply personal reasons. He sang:

When I was just a little child, happiness was there a while
But for me it slipped one day. Happiness come back I say…

His last performance was immortalized and released in 2011 via Island/Tuff Gong as
Live Forever: September 23, 1980 • Stanley Theatre • Pittsburgh, PA.