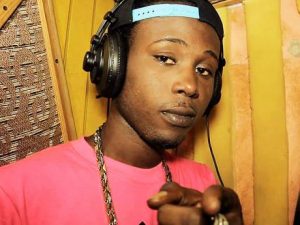 Fast-rising dancehall DJ Kaliba, whose real name is Jayvon Francis, was shot dead along with another victim identified by police as Ishmael ‘Pops’ Golbourne this past Friday in the Maxfield Avenue area as gun violence continues to plague Jamaica. The shooting took place at approximately 3:45 p.m. on Bertram Lane, Kingston 13.

According to the police report, the two victims were sitting on the side of the road when a car pulled up and three armed individuals exited the vehicle and opened fire on the men who received multiple gunshot wounds and died on the scene.

The police investigation is operating from the view that Francis and Golbourne’s killing is a retaliatory event or linked to another shooting incident earlier that day. A police spokesman said “A man from the community was killed outside of the community earlier last Friday, and this double murder may be linked to his murder. Warring factions have been at odds for some time. We are still conducting our assessment.”

Kaliba is known for songs like “Do Road Fi Di Paper” and “Inna Dem Ya Time Ya,