Emmanuel Anebsa was born Steven Emmanuel Wilks and is a singer, songwriter and producer of English-Jamaican origin. He grew up in St Paul’s in Bristol in the 1970s and 1980s, the child of a Jamaican father and an English mother. His father owned the “Black and White Café” in St Paul, Bristol which became the site of the “St Pauls Riot” of 1980, the culmination of decades of increasing racial tension, poor housing and alienation of black youth.

The Black and White Café was Emmanuel’s introduction to Reggae music with stars such as U-Roy, Big Youth and Prince Fari passing through. He grew up listening to artists such as Papa Toyan, Eek-A-Mouse and Peter Metro as well as Yellowman, Dennis Brown and Gregory Isaacs. 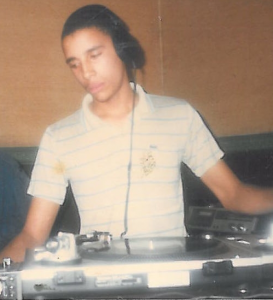 He learned to play the drums and became a DJ at age 14 with “Plus One Crew”. Before too long his passion for music grew so strong that he wanted to create his own music and acquired some music equipment and built a small home studio. He took his surname “Wilks” as his artist name and released a few songs such as “Special Feelings”, “Anything You Want To” and “Why Do I Fell This Way”.  However, to “release himself from Babylon bondage”, he decided to change his name to Negus Emmanuel Anebsa and has used it professionally ever since. He rejects his British background and considers himself Jamaican.

In 2000, he went to Jamaica and recorded his first album “U Gotta Believe” at Bob Marley’s Tuff Gong Studios with the likes of Earl ‘Chinna’ Smith, Robbie Lynn, Chris Meredith and Squidley Cole. He has since worked with some of Jamaica’s elite level artists such as Turbulence, Anthony B, Junior Kelly and Jah Mason for his own UK-based independent label “Won’t Stop Records”.

Emmanuel calls his guitar-strumming music style “Ghetto Folk”. He has over 30 albums to his credit with songs of hardship and fighting against an unjust system, observations of life and the struggles of humanity, personal and communal. His catalogue also boasts many love songs. Though his style is versatile and embraces Folk, Reggae and Hip Hop, the core remains true to his uncompromising conscious calling for equal rights and justice. He refers to his music as “freedom music”. People Over Money and Love Over War.