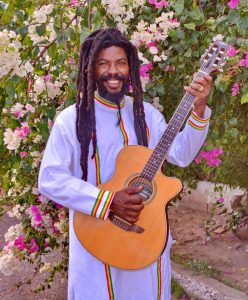 Marlon Brown was born on 18 May, 1975 in Kingston, Jamaica and loved music and signing from a young age. He taught himself to play the guitar and could be seen walking barefoot with his guitar in tow everywhere he went. Life was a struggle but he never gave up, singing on the street corners while strumming his guitar. However, his fortunes changed as he was introduced to Earl ‘Chinna’ Smith who taught him to play the guitar properly. 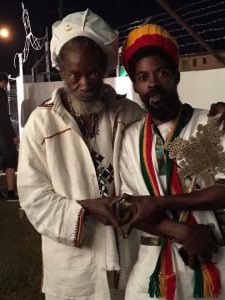 Marlon stayed in Chinna’s yard for years, learning and practicing his skills among some of the greats that passed through like Bunny Wailer, Bob Andy and Horace Andy just to name a few. Marlon has performed at various venues across the Island, including Sting, Rebel Salute as part of the Binghistra Movement and back up for Brian Gold, Rastafari Rootzfest, Sensimilla Cup, several charity shows and Kingston Dub Club.

His catalogue boasts the singles “Chocolate Brown”, “Bong”, “She’s Got”, and “Something Special”.