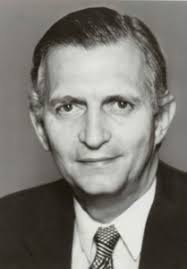 Former Jamaican Prime Minister EDWARD PHILIP GEORGE SEAGA (ON) passed away on his 89th birthday, at approximately 1:00 pm in the United States where he had been treated for cancer. Prime Minister ANDREW HOLNESS said:

It is with great sadness that I inform the nation of the passing of the Most Honorable Edward Phillip George Seaga, the fifth Prime Minister of Jamaica. The family of Mr. Seaga has asked me to express gratitude on their behalf for the many prayers and messages of comfort and support offered by the people of Jamaica.

Holness also said that arrangements are in place to fly Mr. Seaga’s body back to Jamaica as soon as possible.

Seaga served as prime minister of Jamaica between 1980 and 1989 for the Jamaica Labour Party (JLP). He famously won a landslide victory over Michael Manley’s People’s National Party (PNP) in the hotly contested October 1980 General Elections on a “deliverance” agenda.

Seaga was the last surviving member of the framers of the Jamaican Constitution. He served as JLP leader for 31 years, and as Member of Parliament (MP) for West Kingston for 43 years, the longest ever by a Jamaican politician.

His retirement from active politics in 2005 marked the end of an era, as he was the last of Jamaica’s serving politicians to have entered public life before independence in 1962, as he was appointed to the Legislative Council (now the Senate) in 1959.

Seaga is credited with building much of the financial and planning infrastructure of the country after independence, as well as similarly influencing its art and craft spheres, along with awareness of the national heritage.

On his retirement from active politics, he was appointed honorary distinguished fellow at the professorial level at the University of the West Indies (UWI).

He recently served as Chancellor of the University of Technology (UTech), Jamaica, where he was re-appointed to a three-year term with effect from November 7, 2017.