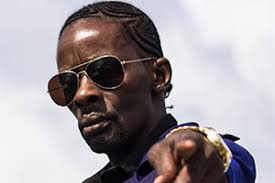 He cleaned up his image with the help of (ex-fiancée) manager Shauna Chin and released songs like Dem Nuh Bad Like We, Dream and Body Specialist. He also graced the stages of Sting and Reggae Sumfest.

It was not his first attempt at music. He was previously known as Country Man in the early 1990s, but did not create an impact due to rumored drug use. Signs of a downward spiral began when his intimate relationships became tabloid fare. The public witnessed these spats through social media. Following the end of his relationships, Bop was left without a manager and split from Claims Records in 2015.

In his bid to return to Dancehall prominence, he has teamed up with former manager Karl Durrant and has made new singles and music videos with several established producers. He says he now has a greater understanding of the music business and is confident of a successful return:

A one Gully bop in the world suh my space reserved in the hearts of my fans and right now i understand the business of music on a different level. This time around me a keep my circle small because time show me who real from who fake, big up Karl.

Karl Durrant says that Gullybop’s absence from the mainstream has increased the demand for the artiste:

Gullybop is a star, unlike many artistes who find a hit song and then fade Gullybop actually won the love of the people which makes him a very valuable artiste despite the fact that he was missing from the scene for sometime. Any stage Bop walks upon he tears it down no matter who else is on the line up. Bop is full of drama and excitement so he will always offer high entertainment value. The fans miss him he cannot be forgotten, one Gullybop.