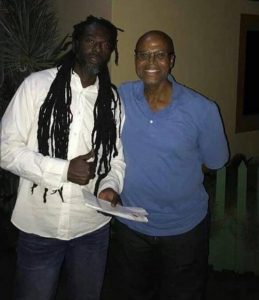 BUJU BANTON‘s new release Country For Sale took just minutes to hit the top of the iTunes Reggae Chart. His long-time producer DONOVAN GERMAIN says a new album will be ready by year’s end as a number of songs have already been recorded:

It was my decision to release this song at this time. He actually recorded about four and I chose this one because I believe it showcases Buju in the best way possible. We are trying to get the album ready for this year. Like I said he has recorded quite a bit of music and so we are looking at August/September for the album. This song is something that should keep us out there until that is ready, however we might just drop a deejay tune to satisfy that section of his fan base.

Following Buju’s release, a host of artists have requested to collaborate with him.

We are currently looking into that as collaborations is really an important thing in the business these days. Given his long-standing relationship with Wayne Wonder and Beres Hammond there is a distinct possibility that those two could be the first artistes to share a track with Buju. 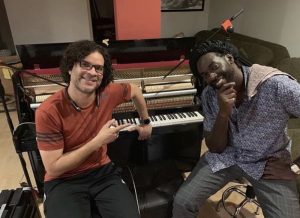 The song itself is very relevant to what is happening in Jamaica and the rest of the world at this time. People listening must realise it is not a JLP or PNP thing it is something that affects the country.I even got a call from a friend in Portugal saying the song is relevant for the situation they are facing there too. Buju wrote this song since he came home and after just looking around and observing what is happening.

Germain a try but him nuh ready yet, Him betta mek Stumpy teach him the step. 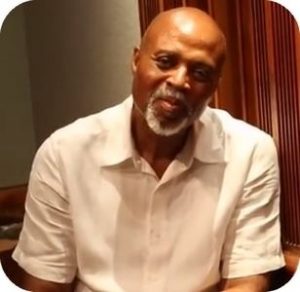 Germain said the Gargamel is now showing even more maturity in his music as well as his general outlook.

He is fully aware of his place in the industry at this time. He is not here to compete with the younger generation, but rather to be an example of the hard work and dedication required to to maintain relevance in the business. he is really committed to this. That shows in the hard work he is is putting in in the studio.

For Germain the recording of this particular track came after a period of working with the artiste to get his vocals back up to the desired levels.

We had to spend a lot of time getting his vocals back up to performance standards. You have to remember that the vocal cord is a muscle and because it was not being used during the time he was not performing, that meant we had to do some work. This was three months of rehearsals and exercise to get him conditioned and fit to not only take to the stage but to record as well and hit those notes correctly.