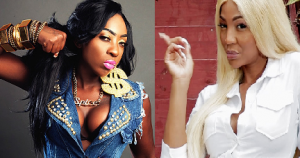 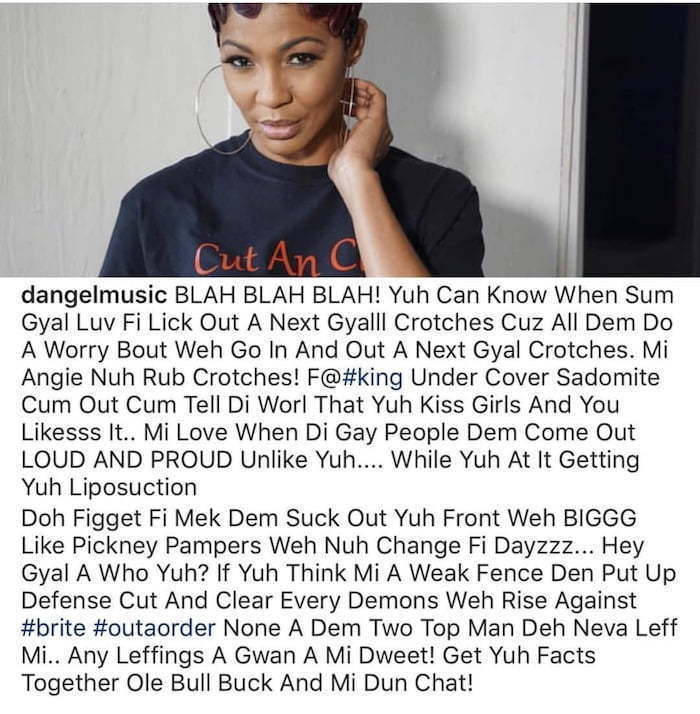 In plain English, D’Angel accuses Spice of being a longtime undercover lesbian and that she should just come out the closest.

Spice has never claimed to be gay and she is the biological mother of two kids.  She fired back saying that Bounty Killer and Beenie Man dumped D’Angel. 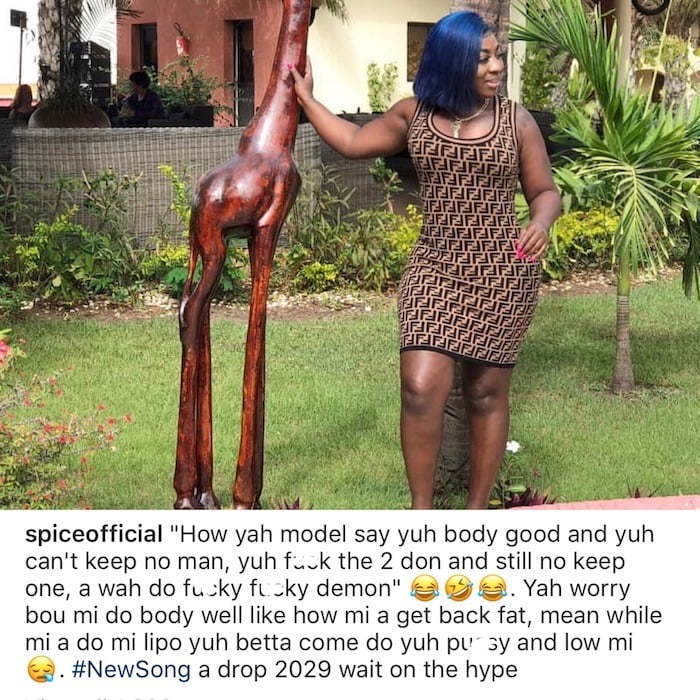 In plain English, Spice says that D’Angel had sex with the two Dons and could not keep one:

How yah model say yuh body good and yuh can’t keep no man, yuh f**k the 2 don and still no keep one