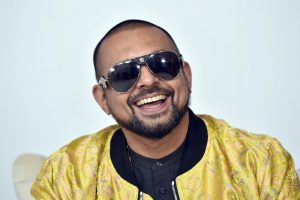 SEAN PAUL says he humbled by the decision to award him with The Order of Distinction in the rank of commander (CD) national honor for his contribution to the promotion of reggae music and its Global popularity, at King’s House on October 21. The 46-year-old Grammy Award-winning Superstar said:

I have followed my heart and tried not to make his actions affect anyone in a negative way.

Sean Paul and Jodi who got married in 2012 are expecting to welcome their second child, that’s a daughter, into the world soon. They already have a 2-year-old son and the artiste also spoke about how fatherhood affected his career. Sean Paul plans to take a break from touring until after the birth of his daughter and resume in November.

He also spoke about his new music called When It Comes To You produced by Island Records. He also recently made a song with Squash, 6ixx Boss and the video for it is ready to be released. His Dutty Rock team is promoting the Callaloo Rhythm, which features Sean Paul, Spagga Benz and Delly Ranx.