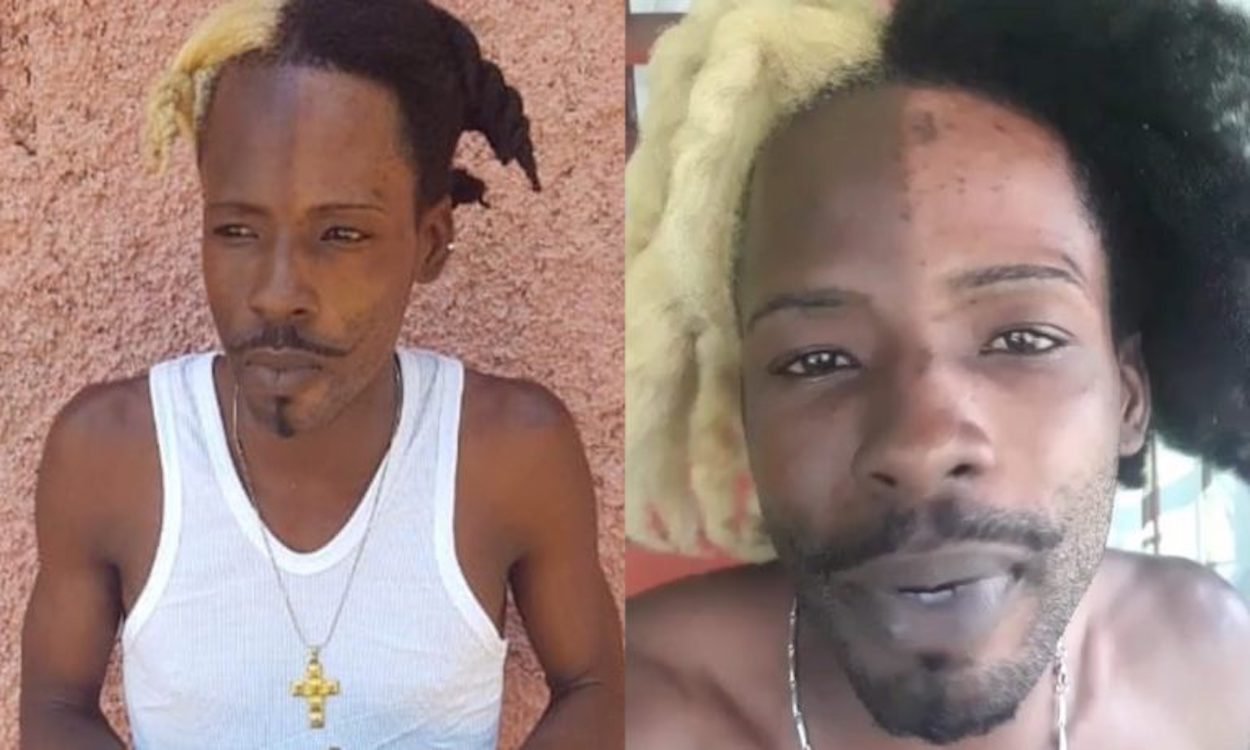 Me just a try be different from every other person me see out there, something weh a go tek me to the international market and grab them. The idea come to me like a gift, and me just start use cream and light out one side of mi face, and see seh it a work.

The dancehall deejay vows to maintain his half bleached face image if he gets his big break. He has not ruled out altering his image even further and believes his unique look and talent is enough to take him to the international market and possibly a career in acting.