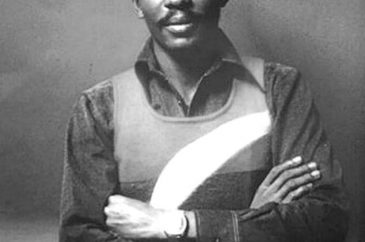 Carlton "Carly" Barrett was born on 17 Dec 1950 in Kingston. As a teenager he built his first set of drums out of some empty paint tins, and had initially been influenced by Lloyd Knibb, the great drummer from the Skatalites. He and his … END_OF_DOCUMENT_TOKEN_TO_BE_REPLACED