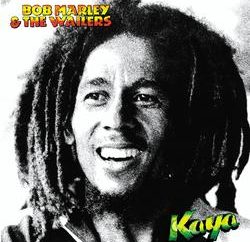 Kaya is the tenth studio album released by Bob Marley and the Wailers. Exodus was still on the UK chart when its follow-up Kaya was released on 23 March, 1978. This was a testament not only to Bob Marley’s phenomenal popularity at this … END_OF_DOCUMENT_TOKEN_TO_BE_REPLACED