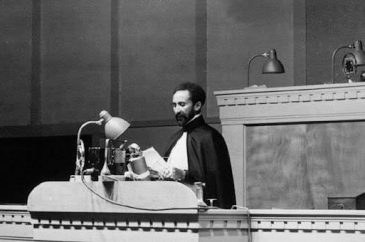 On June 30th, 1936 Emperor Haile Selassie I made an impassioned appeal before the League of Nations to demand Justice for Ethiopia who was under attack by the Fascist army of Benito Mussolini. "I, Haile Selassie I, Emperor of Ethiopia, … END_OF_DOCUMENT_TOKEN_TO_BE_REPLACED